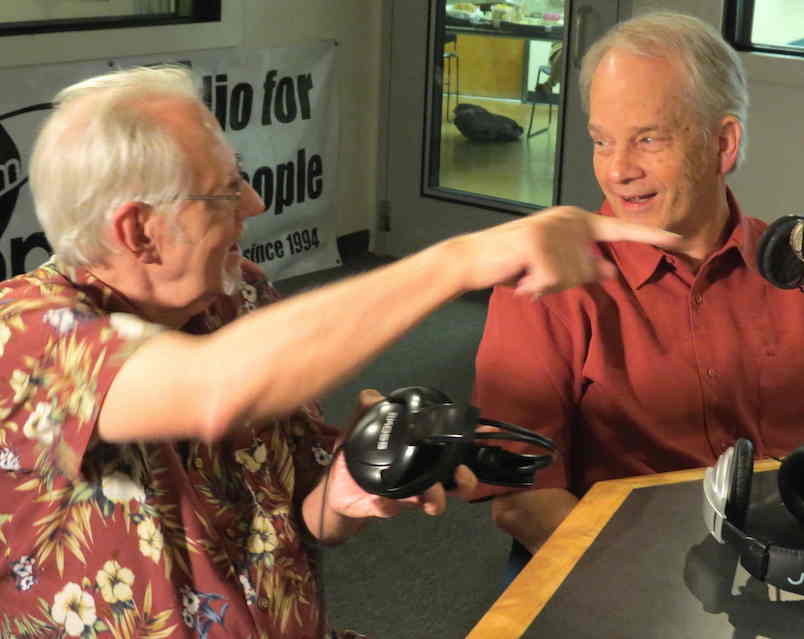 Host Thorne Dreyer and Rag Radio political analyst Glenn Smith give us their unique view of the news. "Digging In" is a regular feature on Rag Radio.

On today's show we discuss the moral crisis brought about by Trump's "zero tolerance" immigration policy and the separation of children from their parents. Some angles: The political implications nationally and in Texas. The aggressiveness of Democrats in response. The status of resistance efforts. Have voters reached a breaking point? We' also update the political scene looking towards the midterms.

According to Glenn, "There simply are few historical parallels post-Civil War. Ugly wartime episodes, yes (Japanese internment). Stealing of indigenous people's children. But separation of slave children ended with slavery. The whole thing is not about border security, it's about pandering to racists and intimidating people of color."

Noted Democratic strategist and Rag Radio political analyst Glenn Smith, the director of Progress Texas PAC, is an op-ed columnist for the Austin American-Statesman, a columnist for The Quorum Report, and a former political reporter for the Houston Chronicle and Houston Post. Glenn worked for Texas Lt. Gov. Bill Hobby and the late Sen. Lloyd Bentsen, served as a senior fellow at George Lakoff's Rockridge Institute in Berkeley, and managed Ann Richards' victorious 1990 Texas gubernatorial campaign. Glenn has been with us on Rag Radio more than a dozen times.

Thorne Dreyer, better known for his legacy in the '60s New Left and underground press movement, served on the Texas staff of George McGovern's anti-war presidential campaign, worked with the left-liberal Harris County Democrats and Montrose Democrats in Houston, ran a leading Houston political public relations firm, served as a public information officer for the City of Houston under Mayor Fred Hofheinz, and co-managed Kathy Whitmire's winning campaign for Houston City Controller. (Kathy was the first woman elected to city-wide office in Houston and would later serve five consecutive terms as Mayor of Houston.) Dreyer hosts Rag Radio and edits The Rag Blog.Rag Radio is produced in the studios of KOOP 91.7-FM, an all-volunteer, cooperatively-run, solar powered community radio station in Austin, Texas, in association with The Rag Blog and the New Journalism Project, a Texas 501(c)(3) nonprofit. It is streamed live on the Internet at KOOP.org and Radio Free America. The host and producer of Rag Radio, Thorne Dreyer, is a prominent Austin-based activist and writer who was a pioneer of the ’60s underground press movement. The show’s engineer and co-producer is Tracey Schulz and the staff photographer is Roger Baker; Suzy Shelor is Rag Radio associate; Alice Embree is guest host; and Glenn Smith is our political analyst. The syndicated show is broadcast (and streamed) live Fridays, 2-3 p.m. Central) on KOOP, and is later rebroadcast and streamed on WFTE-FM in Mt. Cobb and Scranton, PA., on Houston Pacifica's KPFT HD-3 90.1, by KKRN, 88.5-FM in Round Mountain, CA, and at WALHRadio.com in Wilmington, OH -- and as a featured podcast at Veterans Today. Learn more about Rag Radio here.